The Clarence Parker Hotel was originally built to be an office building. The original owners were Vaulker and Christenson. When the economy slowed in the 30’s and the outbreak of Work War II, the building sat empty for about 20 years. It was often referred to as the Sparrow Hotel as the top 4 or 5 floors were just steel girders, inhabited by birds of the area. After the War, Clarence Parker bought the building and finished construction, turning it into the 250 room Hotel that was named after him. In 1961, at the Diamond Jubilee, and in honor of the Dakota Territory’s Centennial celebration, the new Lounge was named the Centennial Room. When President Eisenhower came to see the Garrison Dam he stayed at the Clarence Parker and Charlie Demakis was his personal chef while he was in town. 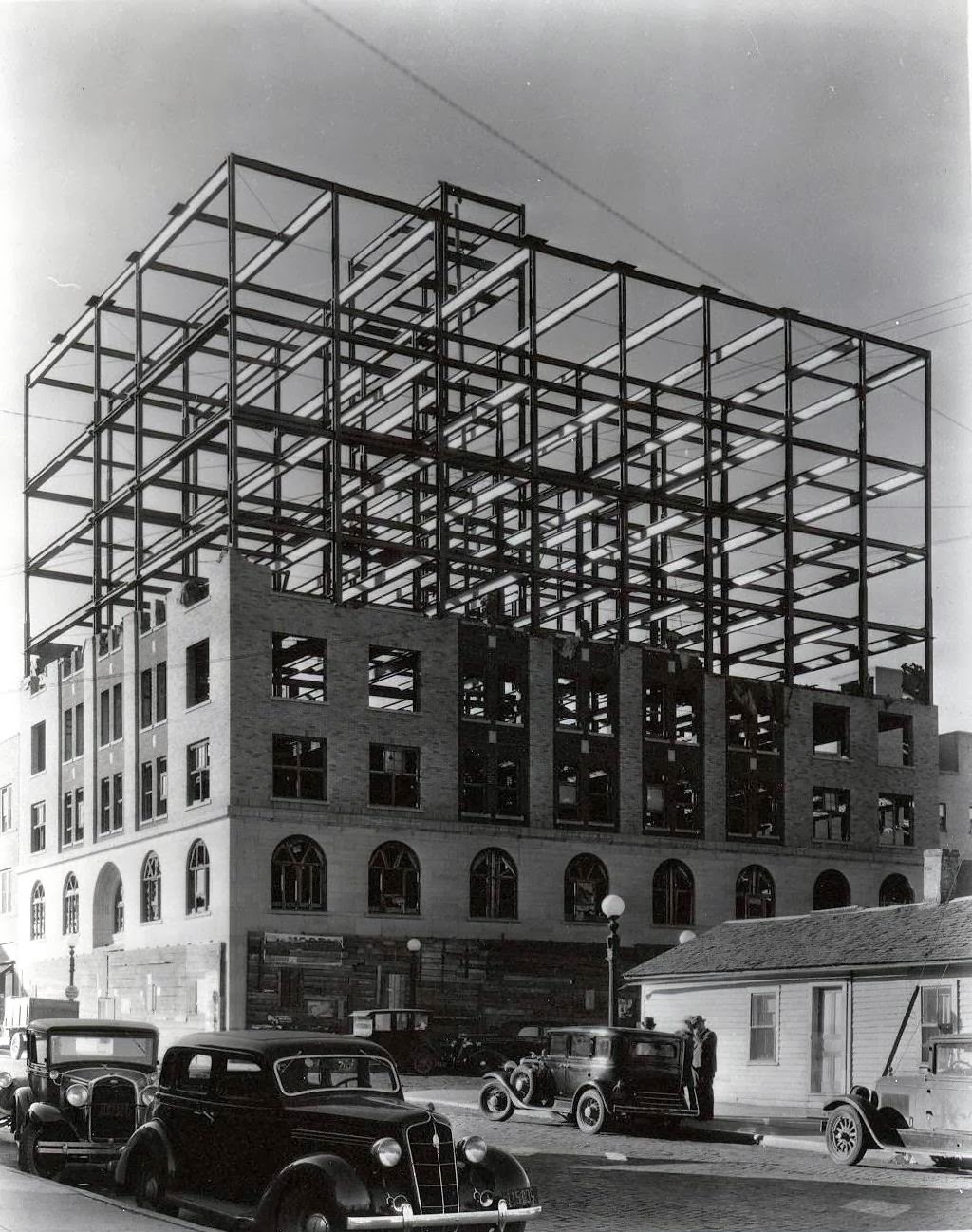 Clarence Parker Hotel when known as The Sparrow Hotel